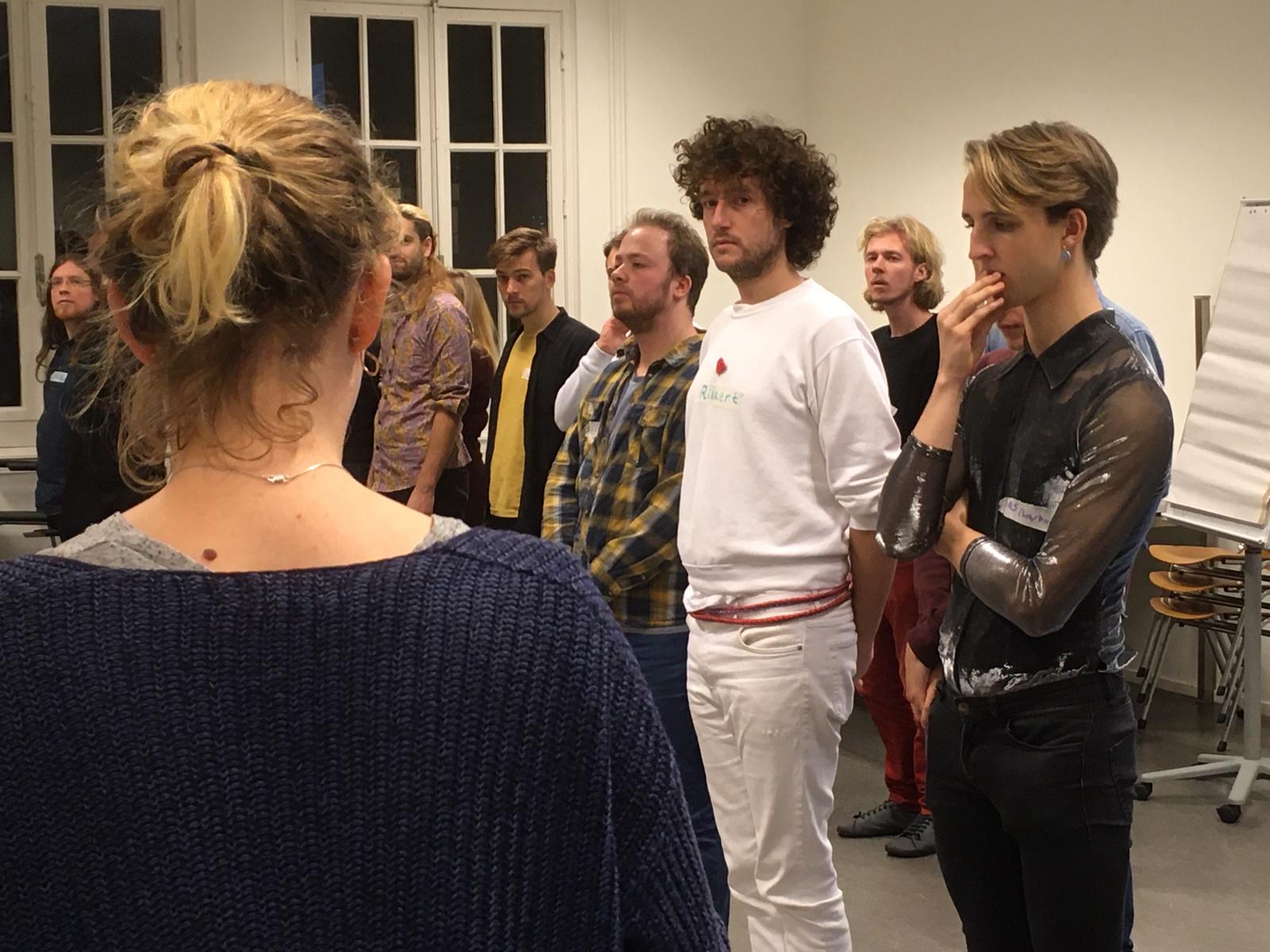 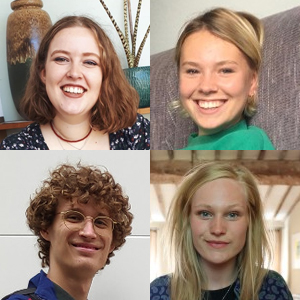 Bystander intervention: how to use it and how to improve it

It was a Monday evening, 12th of October 2020 at 19:00, when we, Eva, Nick, Sanne and Josien, were ready for our Fairspace workshop. As Corona has affected many things in our daily lives, from working home to wearing facemasks in the supermarket, the virus has also affected the Fairspace workshops. Instead of meeting in real life, we were all sitting in our own rooms, talking to a screen. Instead of taking a real step forward with the privilege walk, we took our post-it’s a small step forward in a virtual classroom.

If you have come across this blog, you know a little bit about Fairspace. Fairspace strives to contribute to safer and more inclusive public spaces, to create a society in which everyone in the Netherlands feels safe on the streets. They organize workshops (among other things) which provide participants with practical tools to become active bystanders within a community. Main focus of the workshops is bystander intervention. But is the method of bystander intervention really effective? And what is its influence on contributing to safer public spaces and countering transgressive behavior? We, Cultural Anthropology students at the University of Utrecht, have been asked by Fairspace to answer these questions, by means of literature research and interviews with former participants. This way we will have a closer look at the beliefs the workshops are based upon.

The bystander intervention method aims to create communities in which all individuals are willing and able to intervene in situations of transgressive behavior (Cares et al. 2015).  Different forms of street harassment and situations exist in which a bystander can intervene. One former participant used an example during the workshop: one of his students used to wear shorts and subsequently, was called names. This is a form of street harassment as well, and a situation in which a victim could use the help of a bystander. Often bystanders want to intervene, but do not know how (Mitchell 2019). A bystander intervention workshop provides participants with tools to intervene and with the insight what it means to be an active bystander (Mitchell 2019). 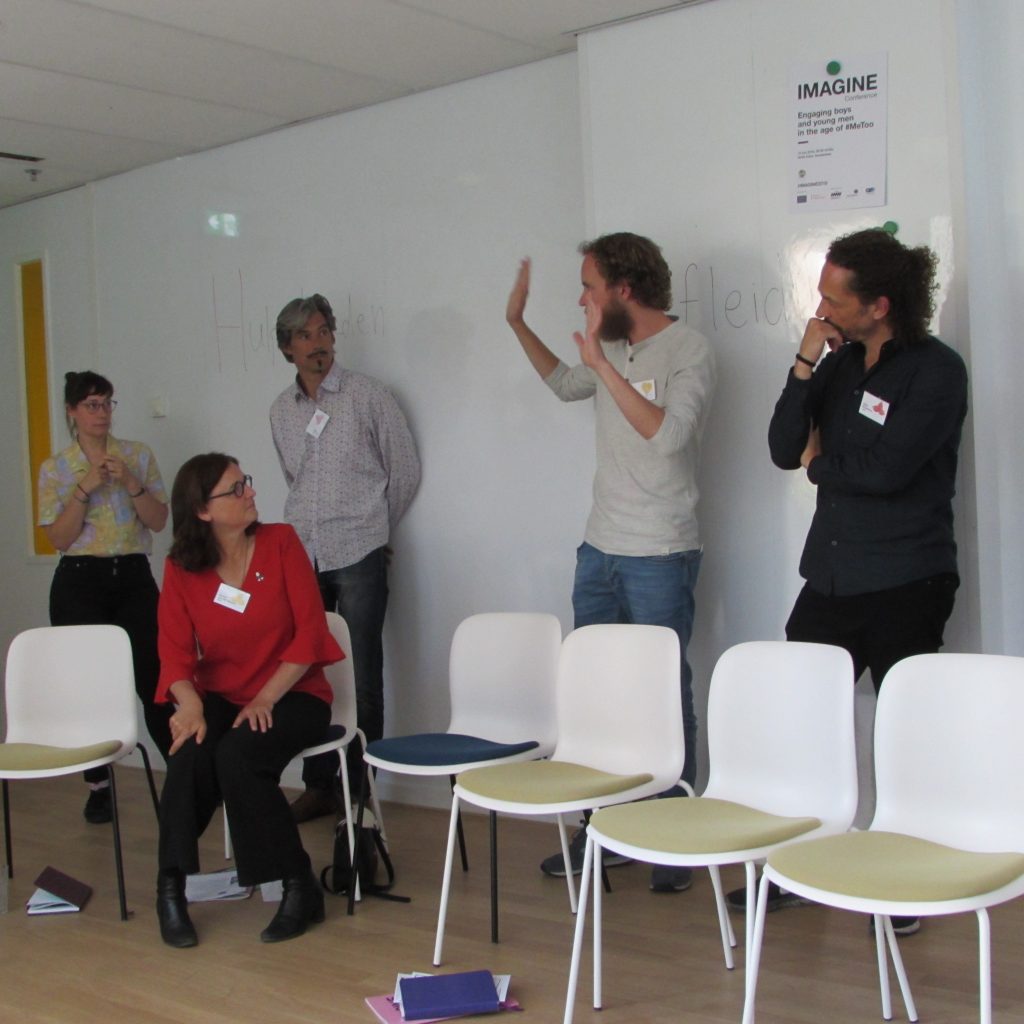 Several factors contribute to bystander intervention. For example, bystanders are more likely to intervene in an emergency situation of real danger, because in such a situation the bystanders’ sense of responsibility grows (Banyard 2011), which is already stated in the above-mentioned theory of the bystander effect (Fischer et al. 2011). In addition, the relationship between the victim and the offender plays an important role, when it comes down to the sense of responsibility of the bystander. Whenever a bystander assumes the victim and the offender are familiar to one another, the bystander feels less responsible to intervene (Banyard 2011).

"Techniques are easily accessible and directly applicable, which can contribute to the effectiveness of bystander intervention."

However, some factors can limit the bystander intervention method. One limitation of the bystander intervention method is that not everyone can relate the used examples to their own experiences. It can be difficult for participants to apply the techniques taught in practice, when participants have no experience with street harassment, or when the examples used relate to a limited setting only.

Gender is another limitation of the bystander intervention method. A former participant noticed her workshop group consisted largely of women. This implies that people who are not victims of street harassment themselves, have less of an interest in bystander intervention. Therefore, the experience of street harassment can differ based on gender, which also means that bystander intervention differs per gender. Generally, women can put themselves easier in the victim’s situation, which makes them more likely to recognize a problematic situation (Burn 2009). When men intervene as a bystander, this is more likely to be in a physical, violent way (Burn 2009) and in an emergency situation (Banyard 2011). Subsequently, when men intervene, it could be more dangerous for their personal safety (Cares et al. 2015). On the other hand, a former participant said it is safer for men to act against street harassment because their position in the public space is privileged. If workshops are taught in the same way to different genders, differences will continue to exist (Cares et al. 2015), which could be a limitation of bystander intervention. 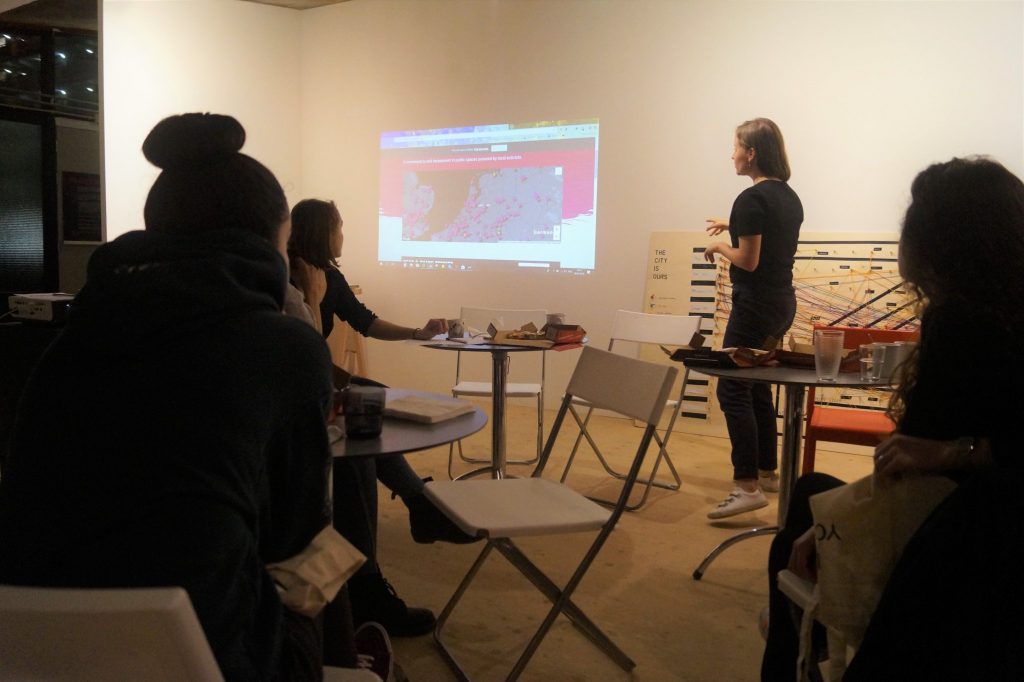 As said, the bystander’s sense of responsibility, whether a situation is clear, the emphasis on personal safety and knowing different techniques can promote the effectiveness of bystander intervention. Restrictions relate to the setting used in workshops, differences in gender realities and the increase of online harassment. Workshops alone cannot solve street harassment, but allow participants to become an active bystander.

"Bystander intervention can become even more visible with the use of campaigns, both in online and offline public spaces. "

As a result, bystander intervention will become more accessible for potential bystanders with a privileged position in public spaces. In this way, we hope to walk all aligned during the privilege walk, whether it will be in real life or in a virtual classroom.

This blog was written as a summary of research into bystander intervention by students from Utrecht University: Josien Franken, Eva Lakwijk, Nick Kluyskens and Sanne Deuten. If you want to read the full report (in Dutch), please contact Fairspace.